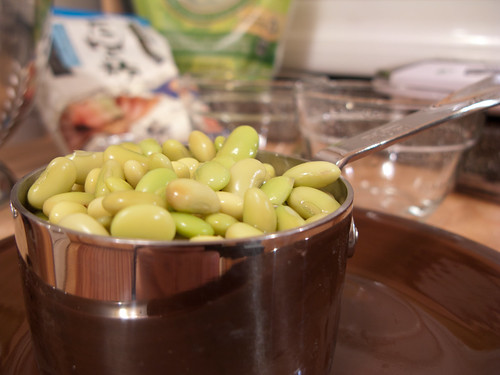 Welcome to Word Buzz Wednesday, your weekly roundup of some of the most interesting words of the week. The latest: your new band name (oh wait, too late), an interesting Japanese dessert, and a spacey misnomer.

“It drives what’s called a terminal buzz: the rapid increase in the high-pitched calls a bat makes as it hones in on its prey.”

Terminal buzz (which is also a band name natch) refers to the final sequence of calls a bat makes before “it goes for a kill,” says New Scientist. The calls are rapid-fire due to the “superfast muscles” in the bat’s larynx, and are used in echolocation: the sounds echo, which tells the bat “how far away objects are and what they are.”

“Also big this month are deals on European Vacations, as this is what’s known as ‘shoulder season.’”

Where the term comes from isn’t clear. Perhaps it’s from the idea of the shoulder being between the head (or “peak”) and the rest of the body. If you have any information, let us know in the comments!

“Psychologists studying the roots of nefarious behavior have identified a group of personality traits linked to one another through what they dub a common ‘dark core.’”

A recent study conducted by Danish and German psychologists discovered the dark core or common link between nine personality traits: psychopathy, sadism, egoism, narcissism, Machiavellianism, spitefulness, psychological entitlement, self-interest, and moral disengagement. The researchers say these behaviors are exhibited when someone puts their “needs and goals above those of their peers, to the point that hurting others can bring about feelings of pleasure.” Called the D-factor, this dark core can be tested and is similar to the idea of the G-factor, a measure of general intelligence.

“Zunda is most popular in the city of Sendai, located in the northern part of the main Japanese island of Honshu.”

Zunda is a kind of soybean paste “made by boiling baby soybeans until they become very soft,” says Gastro Obscura, and “seasoned with sugar and salt.” It’s often featured in Japanese sweets like mochi, roll cakes, and taiyaki, a fish-shaped cake.

“The asteroid looks a lot like a human skull in certain lighting, so much so that it has also been dubbed the ‘death comet.’”

The nefarious-sounding death comet is actually an asteroid (officially, asteroid 2015 TB145). What’s the difference? According to Cool Cosmos from CalTech, “asteroids are made up of metals and rocky material, while comets are made up of ice, dust and rocky material.” Another nickname for the death comet is the Great Pumpkin, dubbed by NASA after Linus’s unseen visitor when the heavenly body passed earth back in 2015 on Halloween night.