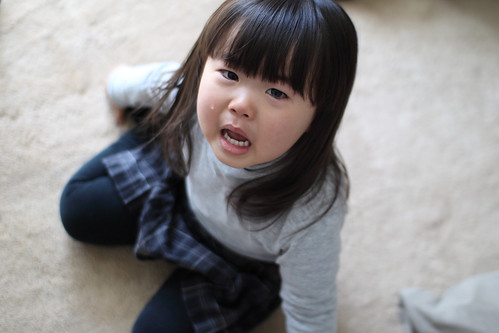 Welcome to Word Buzz Wednesday, in which we round up our favorite buzzworthy words of the week. The latest: don’t be ajerkalypse; do cry out loud; and what not to wear.

“The Conservatives have been accused by a heckler of stirring up racism after claiming a Labour/SNP deal would result in chaos and an ‘ajockalypse’.”

“Conservatives accused of racism in ‘ajockalypse’ row,” The Courier, May 5, 2015

Ajockalypse comes from a remark from London mayor Boris Johnson, who  branded “a Labour government supported by the SNP” — or the Scottish National Party — “as ‘Ajockalypse Now’.” The word ajockalypse is a blend a apocalypse and jock, what some might consider a derogatory term for a Scottish person.

“The disappearance of the golden loaf has made it a symbol for something else: Ukraine’s inability to clear up the corrupt and dysfunctional state that Mr. Yanukovych left behind and reclaim the enormous sums that he and his associates allegedly stole.”

James Marson and Nick Shchetko, “Ukrainians Try to Solve the Mystery of the Golden Loaf,” The Wall Street Journal, May 5, 2015

The golden loaf refers to a gaudy ornament left behind in the office of Ukrainian ex-president, Viktor Yanukovych. The gilded bread has became a symbol for the excesses of Yanukovych’s regime, much like the vast shoe collection of Imelda Marcos, wife of Philippines dictator Ferdinand Marcos.

“He also worked with mo-cap master Andy Serkis — whose portrayals of Gollum and the Planet of the Apes simian Caesar were so revelatory that they sparked Oscars talk — to perfect his technique.”

Mo-cap is short for motion capture, the process of using sensors to record the movement of objects or people. Mo-cap is used in filmmaking — Andy Serkis’s portrayal of Gollum in Lord of the Rings is a prime example — as well as sports and robotics.

“Rui-katsu seems to be popular not because Japanese people are big criers, but precisely because they aren’t.”

Rui-katsu translates from Japanese as “tear-seeking,” says The Atlantic. Since 2013, communal rui-katsu events have been held in Japan, in which sad commercials, movie clips, and the like are played for audiences who weep as a form of stress relief.

But if you prefer to cry alone, a Tokyo hotel is offering women “crying rooms,” complete with a selection of sad movies like Forrest Gump (although we’d also recommend The Color Purple, Steel Magnolias, the first ten minutes of Up), sad manga, and, of course, plenty of eye makeup remover.

“Perhaps the greatest distinction conferred by a person’s dress was social status, as reflected in sumptuary laws stating that only certain people could wear velvet, and that the lower classes were confined to drab wool or linen.”

During the Elizabethan era in England, sumptuary laws dictated what you could and couldn’t wear. (Sumptuary means “regulating personal behavior on moral or religious grounds.”) For instance, only the King, the King’s relatives, and dukes could wear purple. Violators of such laws could be punished with “fines, the loss of property, title and even life.”