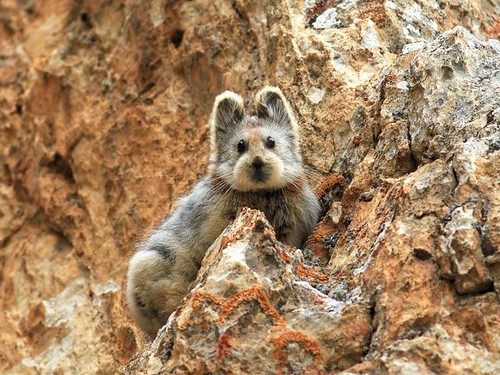 One of the cutest words of the year.

As you know, every Wednesday we round up the most interesting words of the week, and what an interesting year in words it’s been — from new words with tried and true suffixes (deflategate, datasexual, and mobilegeddon); to new-to-us words (deadnaming and allochtoon); to new names for old familiars (Daesh, Denali), to no lack of blends, food or otherwise.

Here we take a look at the best of this year’s buzziest words.

There was no way we choose just one of these totes adorbs words. The ili pika, also known as the “magic rabbit,” is a rarely spotted rabbit species native to China. The adorabilis is a teeny-tiny pink octopus that dwells the deep sea. Finally, smol is Internet-speak for small and cute, which sums up this whole category.

This term from at least 2008 regained popularity in March when Leonard Nimoy sadly passed away. In honor of the actor, some Canadians turned the portrait of Sir Wilfrid Laurier on five dollar bills into Nimoy’s most famous character.

In English we don’t have a word for this lovely Japanese term that refers to the “buying of books and not reading them; letting books pile up unread on shelves or floors or nightstands.”

Another tie! Korean for “eating broadcast,” mukbang are videos of people eating immense amounts of food. Ikeman is Japanese colloquial for a “hot guy” — or a hot gorilla as the case may be. In fact, Shabani the hot gorilla is such an ikeman, he’s getting his own DVD. Another Japanese import, rui-katsu refers to communal crying events.

Pope Francis, during his historic trip to the U.S., was so overwhelmed by his visit to New York, he had to invent a word to describe it: stralimitata, which translates from Italian as something like “beyond all limits.”

Meme We Never Want to Hear About Again

That damned Dress. The Purkinje effect is why some of us see it as white and gold and others as blue and black. Basically, in low light our eyes shift toward the blue end of the spectrum. Now let’s never speak of the Dress again.

The Shaking Our Heads Award

It’s wonderful that Maya Angelou was honored with her very own postage stamp. Not so wonderful? Attributing the poet with a quote she didn’t say, otherwise known as Churchillian Drift.

We don’t know what makes less sense: describing Lady Gaga’s music as jigaboo, or using a term long known to be a racial slur against African Americans.

Meanwhile in GOOP land, actress-cum-lifestyle guru Gwyneth Paltrow raved about the “ancient Korean practice” of chai-yok, which involves steaming one’s, well, nether regions. However, the practice isn’t ancient and is barely Korean. At most it’s Los Angeles Korean. But whatever chais your yok.

The Borg and Stepford Award

An August New York Times piece shed light on the grueling work life that some Amazon employees experience: “If you’re a good Amazonian, you become an Amabot.” In other words, you become one with the system.

In May we learned (also from the Times) about the practice of wife bonuses, financial incentives some New York stay at home moms receive depending on how well they complete certain tasks, such as managing the household budget and getting their children into prestigious schools.

One is about the old pig skin and the other is about a disturbing act on a pig.

The year kicked off with deflategate, accusations against the New England Patriots for letting “air out of some footballs to increase their grip on the ball in the wet weather.”

In September, another scandal emerged with claims that as a student British Prime Minister David Cameron put “a private part of his anatomy” in the mouth of a pig carcass. Now we know where the Black Mirror writers got their idea.

The Best Flawless Pronunciation of a Ridiculously Long Town Name

What words defined 2015 for you? Let us know in the comments!