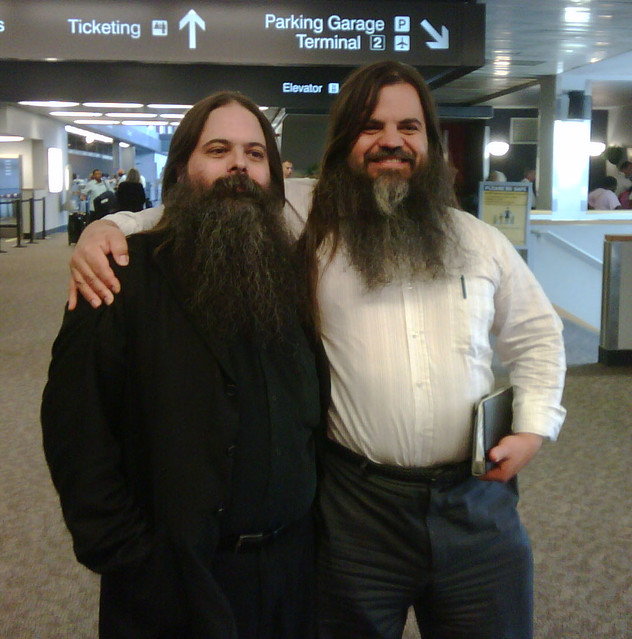 Last week we brought 10 of the coolest words we can’t believe no one has adopted. Today we have four excellent German loanwords that are also still available. They might be called untranslatables — that is, words that don’t have corresponding word in another language, in this case English — or you can just call them wunderbar.

Quick, adopt doppelganger before your evil twin does! An apparition or double of someone still living, the term translates literally as “double goer” and originally had a paranormal sense.

UPDATE: Doppelganger has been adopted! Thank you Mark Cohen aka @gliageek! We’re so happy this good word has found a good home.

We can hardly believe it ourselves, but schadenfreude is still unadopted. Translating literally as “damage” (Schaden) “joy” (Freude), this term refers to pleasure that comes from another’s misfortune.

Call something ersatz and you’re calling it an imitation or substitute, usually an inferior one. The term first appeared in English in 1875, says the Online Etymology Dictionary, and comes from the German Ersatz meaning “units of the army reserve” and translating literally as “compensation, replacement, substitute.”

In addition to being the original name of the Wordnik community page, a zeitgeist is the spirit of a particular time or the defining taste or outlook of a generation or period. The earliest recorded use in English, according to the Oxford English Dictionary (OED), was in 1848 by poet Matthew Arnold. It translates from German as “time” (Zeit) “spirit” (Geist).

A gestalt is the “configuration or pattern of elements so unified as a whole that its properties cannot be derived from a simple summation of its parts.” The word first appeared in English in 1922, says the Online Etymology Dictionary, coming from the German term Gestaltqualität, which was introduced in 1890 by German philosopher Christian von Ehrenfels. Gestaltqualität is from gestalt meaning “shape, form, figure, configuration, appearance.”

UPDATE: Gestalt has been adopted! Thank you Kelly Yoshida aka @typologianista!

Feeling sad about the evils of the world, but in a kind of romantic or sentimental way? You’re feeling weltschmerz. Translating literally as “world pain,” the term first appeared in English in 1875, says the OED.

UPDATE: Weltschmerz has been adopted! Thank you Jack Lyons!

In addition to being fun to say, this word is perfect for chess and German language lovers alike. In a zugzwang, a chess player is forced to make “an undesirable or disadvantageous move.” It translates literally as “pull compulsion.”

Find out some more ways you can support Wordnik.