You might know we’re on a mission: add a million missing words to the dictionary, and while we’re at it, collect as much data as possible about as many words as possible.

As part of our mission, we’ll be offering a leaderboard of words most favorited on Wordnik. Until then, we wanted to give a little “data taste” with the most favorited words for each letter of the alphabet, along with the runner-up.

(Remember, words are being favorited all the time on Wordnik so the status of these words might change!)

A is for Apricity 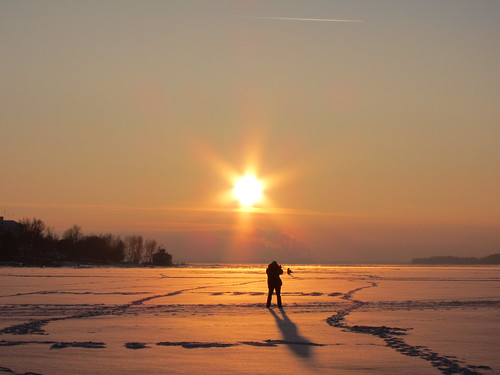 This word that means the warmth of sun in winter comes from the Latin word apricus, “warmed by the sun.” The runner-up for A is alacrity, cheerful willingness or speed.

B is for Blithe

Blithe can mean carefree or careless, but nowadays more the latter. In second place is bibliobibuli, an excellent word coined by journalist H.L. Mencken to mean “the type of people who read too much.”

C is for Callipygian 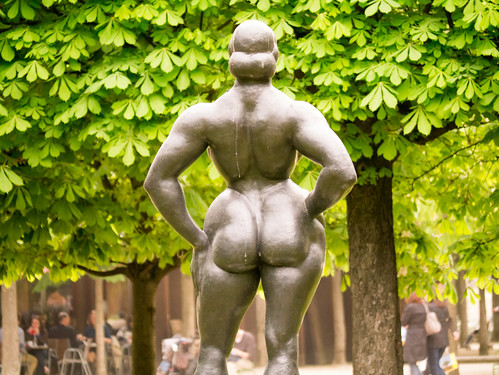 How can you not love a word that means having beautifully-shaped buttocks? Callipygian comes from a Greek word that means, well, “beautiful buttocks.”

We also love the impulsive and unpredictable runner-up, capricious, which might come from the Latin capreolus, “wild goat.”

D is for Desultory 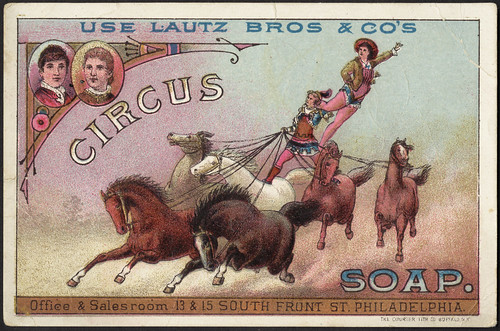 To be desultory means to have no set plan, to be haphazard, and to jump from one thing to another — just like the word it’s based on, desultor, a circus performer whose specialty was leaping back and forth between galloping horses. The delicate diaphanous comes in second.

E is for Ephemeral 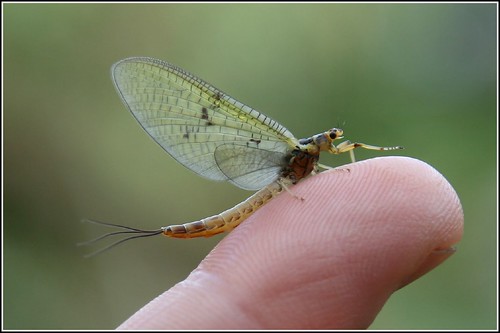 The short-lived ephemeral can refer to written or printed items, such as greeting cards, pamphlets, and postcards; plants or insects, like the mayfly; or anything lasting a very brief time. Second most loved is the totally bored ennui.

F is for Facetious

Think of facetious as the good-natured twin of sarcastic, where facetious comes from the Latin facetus, “witty,” and sarcastic comes from the Greek sarkazein, “to bite the lips in rage.” The fussy fastidious is runner-up.

G is for Gossamer 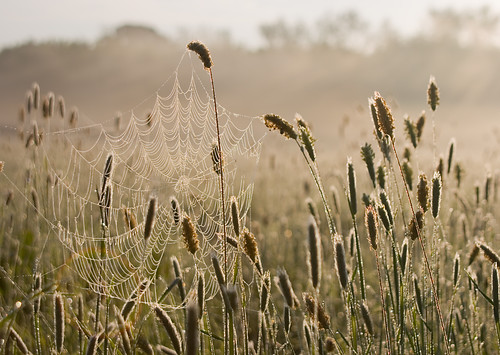 Gossamer is one of those words that sounds like what it is: gauzy, fine, light. It also refers to the gauzy film of spider webs seen in the air or on the grass. Such a phenomenon was often seen in autumn, hence the Middle English gossomer, “goose summer,” a kind of Indian summer, so-called because geese were in season. Second most-liked is gloaming, a lovely word for twilight or dusk.

H is for Halcyon Halcyon, which can mean calm, peaceful, and prosperous, was originally a mythical bird, often identified with the kingfisher, that was said to have the power to charm the wind and waves into calmness as it nested on the winter sea. This tranquil period of weather was historically referred to as halcyon days. Second to halcyon is hubris, overbearing pride or arrogance.

I is for Inchoate

Something inchoate is in its early stages or imperfectly formed. Second favorite ineffable refers to something incapable of being expressed or that is taboo.

J is for Jejune

Jejune could describe a bad date or a bad meal: dull, immature, not nutritious. The word comes from the Latin iēiūnus, “meager, dry, fasting.” And in juxtaposition the runner-up is — juxtaposition.

K is for Kerfuffle 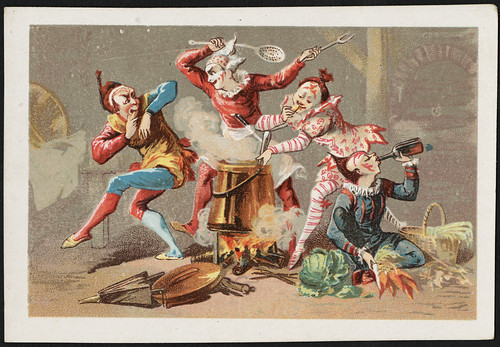 Kerfuffle is a variant of the Scots curfuffle, which has the same meaning: a state of disorderliness or agitation. And it’s totally kismet that the runner-up is kismet, which comes from the Arabic qismah, “portion, fate, lot.”

L is for Lugubrious 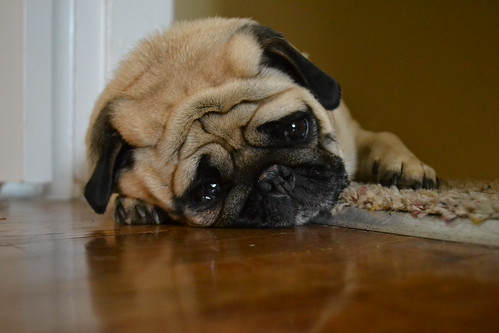 We imagine that the mournful lugubrious would not be happy to share a podium with chatty silver medalist, loquacious.

M is for Mellifluous 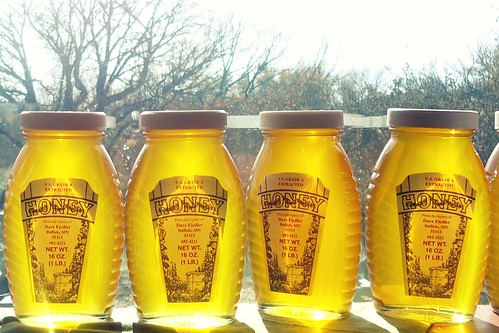 We love the honey-sweet mellifluous as much as honey itself. Meanwhile, we’re wary of runner-up mercurial with its volatile temperament.

N is for Nefarious

Something wicked this way comes, and it’s nefarious. The word comes from the Latin nefas, “crime, transgression.” Second most favorited is noctilucent, luminous at night.

O is for Obstreperous

The noisy, defiant, and boisterous obstreperous is the current king of the O words. We can imagine second-placer and subject obsequious kissing some O-shaped butt.

P is for Petrichor 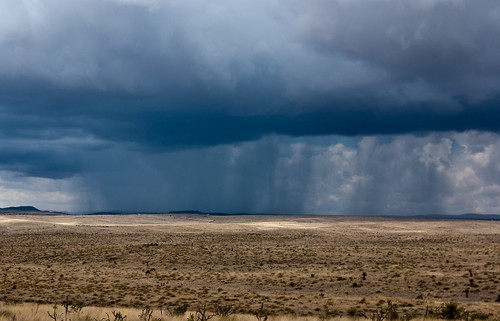 The lovely petrichor, the smell of a first rain after a long dry spell, was coined by Australian scientists in 1964. Runner-up palimpsest refers to an ancient manuscript that has been written on more than once, as well as any object or place that reflects its history.

Q is for Quixotic 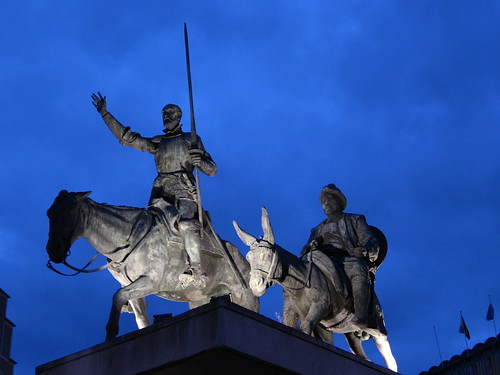 R is for Recondite

Poor recondite is not easily understood while unruly second-placer recalcitrant is stubbornly defiant.

S is for Serendipity

Serendipity is all about accidentally making fortunate discoveries, and comes from the Persian fairy tale, The Three Princes of Serendip, who made it a habit of making such discoveries. Meanwhile, German loan word schadenfreude is all about deriving pleasure from the misfortune of others.

T is for Truculent

Them’s fightin’ words, or at least truculent is, coming from the Latin word for “fierce.” Just behind truculent is the foolhardy temerity.

U is for Ubiquitous

Ubiquitous is like Donald Trump these days: everywhere at once. Number two of the U words is unctuous, insincerely polite and earnest, oily, slippery. The word comes from the Latin word for “ointment.”

V is for Verisimilitude

Verisimilitude is the quality of being real or true. Next most favorited is vicissitude, a change, sometimes unexpected.

W is for Wanderlust

We’ve all felt wanderlust before — no wonder so many people love the word. But if you’re wanderlusting, try not to engage in behavior like that of our wanton runner-up.

X is for Xenophobia

Xenophobia is a fear of strangers or that which is perceived as foreign. And the runner-up? Xeric, which means desert-like and comes from the Greek xeros, “dry, withered.”

Y is for Yex

Boo! Did we get rid of those yexes? The number one Y word also once meant “to sob.” Y’s runner-up yonic means “in the shape of a vulva.” (Whatever floats your boat, Wordniks.)

Z is for Zeitgeist

Zeitgeist, another German loan word, means “the spirit of the time,” or a way of thinking or feeling that defines a period of time or a generation. Number two is zephyr, a west wind, gentle breeze, type of soft fabric, or anything that’s airy or insubstantial.

Want to help us with our mission? You can by adopting a word!