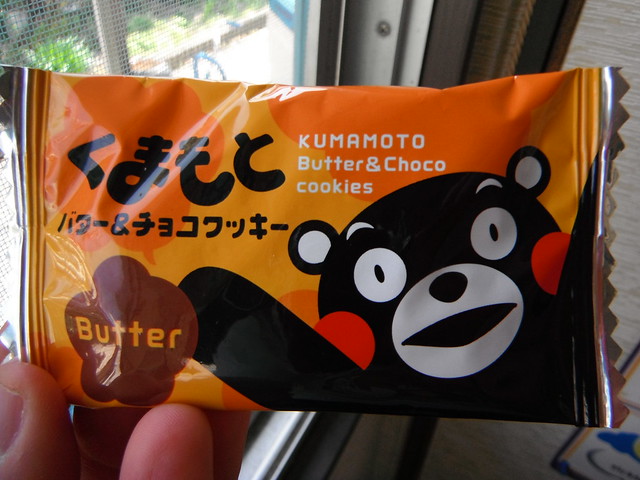 Welcome to Word Buzz Wednesday, your go-to place for some of the most interesting words of the week. The latest: more than just a mascot; angry birds; blowing your mind with flavor.

“Kumamon is a yuru-kyara, or ‘loose character’, one of the cuddly creatures in Japan that represent everything from towns and cities to airports and prisons.”

Yuru-kyara is sometimes translated as “mascot,” says Digg, but is “significantly different” from the likes of the Philadelphia Phanatic and Mr. Met. For instance, Kumamon, a permanently blushing bear and the yuru-kyara for Kumamoto Prefecture, is “more than a symbol for that region, more than merely a strategy to push its tourism and farm products.” He “is almost regarded as a living entity, a kind of funky ursine household god.”

“The transition from the old grays to the current bluish grays (or ‘bley’) is a hot-button topic for many Lego fans.”

Bley, a blend of blue and grey (or gray), was a point of contention among AFOL, or adult fans of LEGO. The company changed the gray and dark gray colors around 2004, resulting in a more blueish gray — widely disliked because they looked “awful if used together with the existing old grey pieces.”

“When faced with a person holding a dead crow, other crows will send out a warning call, called ‘scolding.’”

Crows practice scolding when encountering a “natural predators,” says Popular Science. Not only that, they never forget a predator’s face. In an experiment conducted at the University of Washington, a professor and students sporting caveman masks captured and tagged seven crows. Later, when they walked past wearing the same masks, the crows gave the experimenters a noisy scolding.

“He’s talking about the Chinese crepe called jianbing — bing for short — that’s suddenly turning up all over the country.”

Jianbing translates from Chinese as “pan-fried pancake.” Unlike its Western counterpart, jianbing are savory and “made with any combination of mung bean, wheat, rice, or millet flour,” says The Week, and “filled or topped with egg, scallion, cilantro, chile sauce, and pieces of fried cracker.”

Legend says that jianbing was invented almost 2,000 years ago in Shandong Province when “military strategist Zhuge Liang had his soldiers cook batter on shields held over the fire after their woks were lost.”

“When you hit a strange loop like this, it shifts your point of view: Suddenly you aren’t just thinking about what’s happening inside the picture; you’re thinking about the system it represents and your response to it.”

A strange loop, says WIRED, is when “mathematical systems or works of art or pieces of music fold back upon themselves.” M.C. Escher’s drawing of two hands drawing each other is an example: “it’s impossible to say where it starts or ends.”

Chef David Wang describes the strange loop of eating something that is both undersalted and oversalted — and therefore perfectly salted — and a stew that is “both totally foreign and deeply familiar.”