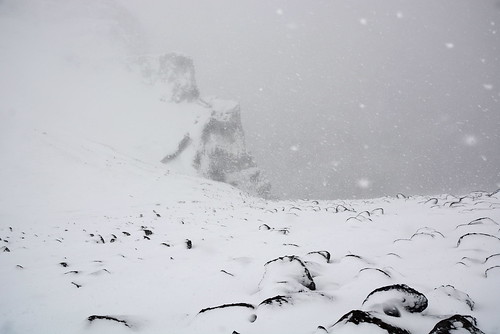 Welcome to Word Buzz Wednesday, your go-to place for the most interesting words of the week. The latest: a snap decision, election style; losers winning in China; saving the Icelandic language in the digital age.

“Prime Minister Theresa May of Britain is calling for a snap election on June 8, breaking a promise not to seek a vote before 2020.”

Before 2011, says The New York Times, prime ministers in Great Britain could call an election whenever they liked. Then a law was passed scheduling a general election every five years but with two exceptions: if Parliament members “lose confidence in the government, or if two-thirds of the members agree, a ‘snap’ election can be held.”

“Online, types give way and Diaosi is an identification made by those who earn comfortably middle-class salaries, have mortgages and university degrees, to others who work long hours in factories for little pay, having almost no disposable income.”

The Chinese term Diaosi, which translates as “loser,” originated in 2012, and was originally used to insult others online, says Peeps Magazine. However, a year later, it was estimated that over 500 million Chinese self-identified as such.

While various sources define Diaosi in various ways, they agree on three features: the majority are men born in the 1980s, play online games, and don’t see themselves as Gao Fu Shuai, those who are “tall, rich, and handsome.”

“Ertugrul flips through the book and points to hemdem. ‘Do you have any word in English that means close friend?’”

“As we announce this landmark musical, I keep thinking about the Japanese term gaman, a word that means enduring the unbearable with dignity and strength.”

Another untranslatable that comes from an Asian language is han, a Korean term that “denotes a collective feeling of oppression and isolation in the face of overwhelming odds,” and “aspects of lament and unavenged injustice.”

“The people of Iceland, a rugged North Atlantic island settled by Norsemen about 1,100 years ago, have a unique dialect of Old Norse that has adapted to life at the edge of the Arctic. Hundslappadrifa, for example, means ‘heavy snowfall with large flakes occurring in calm wind.’”

The Associated Press says Icelandic “ranks among the weakest and least-supported language in terms of digital technology – along with Irish Gaelic, Latvian, Maltese and Lithuanian.” One billion Icelandic krona, or $8.8 million, “is needed for seed funding for an open-access database to help tech developers adapt Icelandic as a language option.”