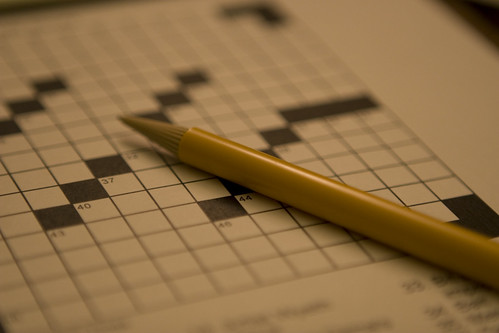 Welcome to Word Buzz Wednesday, your go-to place for some of the most interesting words of the week. The latest: finding Banksy; a word-nerdy scandal; and dollars from heaven.

“‘Geographic profiling’, a technique used to catch serial criminals, has proved that the elusive artist Banksy really is Robin Gunningham, according to academic research.”

Geographic profiling is, according to The Independent, “a sophisticated form of statistical analysis used in criminology” to narrow down where repeat offenders might reside.

A “geoprofile” was developed for the mysterious street artist based on 140 of his attributed works in London and Bristol. From there, hot spots were determined and correlated to, among other locations, four addresses in those cities, which were linked to Robin Gunningham.

“Dubbed ‘gridgate’, it centres around claims that a senior crossword compiler in the US copied themes, answers, grids and clues from rival compilers at the New York Times.”

Last week FiveThirtyEight exposed the possible plagiarism of New York Times crossword puzzles by Timothy Parker, the editor of the USA Today and Universal crosswords. Parker has since stepped down as editor, at least temporarily.

“He argued last month that helicopter money will boost consumer spending by injecting money ‘directly into the veins of the real economy.’”

The term helicopter money was coined by American economist Milton Friedman in 1969 and refers to “free money” given to the public — as though dropped from the sky — in order to boost the economy.

“For the past two months, the suddenly fertile ground has been coloured by wildflowers. Called a ‘super bloom’, this beauty of nature happens rarely.”

According to the National Park Service, super bloom isn’t an official term but one employee and long-time Death Valley resident describes how he has heard the term since the early 1990s when “old timers [would] talk about super blooms as a near mythical thing.”

“Trump and the Trumpvangelicals are revolutionizing the culture wars. The priorities now are immigration, Islamophobia, and guns.”

“Trumpvangelicals are the new evangelicals,” The Week, March 3, 2016

Trumpvangelicals are evangelical Christians who support Donald Trump’s presidential campaign. Traditional evangelicals are “aghast” at this, says The Week. While abortion, religious freedom (such as that “at issue in the Hobby Lobby case”), and Israel have long been evangelical priorities, they’re not for Trump.