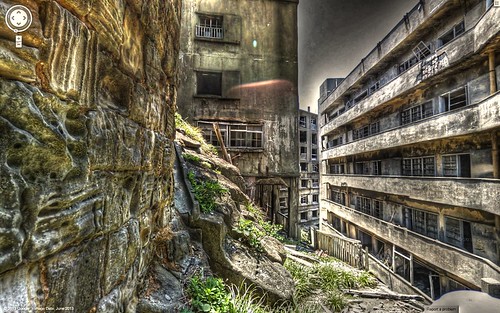 Welcome to Word Buzz Wednesday, your go-to place for the most interesting words of the week. The latest: a prison lingua franca, an urban ruins explorer, not procrastination.

A: yes, one man is come for alibaba my ausweis. I am speak him finish. after he is finish. understand?
B:  full understand.

Full understand is an example of “the lingua franca of Moria prison camp and its environs,” says NewStatesman, “spoken between asylum-seekers from formerly-colonised states as disparate as Iraq, Uganda, Pakistan and Burma.” A lingua franca is “a medium of communication between peoples of different languages.”

“Shane Thoms is what’s known as a ‘haikyoist.’”

A haikyoist is an urban explorer and comes from the Japanese “haikyo,” says AOL, “which literally means ‘ruins’ but can also mean urban exploration.”

A Viking weave involves a “long piece of wire” woven “around a dowel rod,” according to Kanawha Metro. It seems to be so called because of the use of a lucet, a tool believed to date back to Medieval and Viking times.

“Pychyl would similarly argue that a purposeful delay is not procrastination.”

Lila MacLellan, “The concept of productive procrastination is a myth,” Quartz, November 28, 2017

Unlike procrastination, which is unwanted, not deliberate, and doesn’t always have positive outcomes, purposeful delay is deliberate and has positive outcomes, says Quartz. It’s “commonly required when a person needs to … think about an issue or creative work before getting down to the act of writing or producing something.”

“Levi decided to invent one, and thus, ‘levidrome’ (pronounced ‘leh-vee-drome’) was born.”