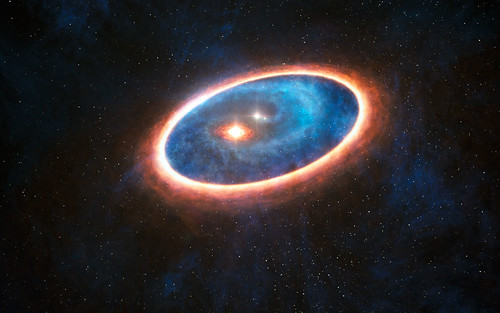 Welcome to Word Buzz Wednesday, in which we round up our favorite buzzworthy words of the week. The latest: a new name for d’ough!; not just small, not just cute; fine young cannibal stars.

“Either way, one Australian citizen’s petition to change the name of the Australian currency to ‘dollarydoos’ has hit a chord, gaining more than 50,000 signatures in just five days.”

Petition organizer Thomas Probst wants to boost the Australian economy by changing the country’s currency from the far less exciting “Australian dollar” (or probably just “dollar” in the land down under) to the Simpsonian dollarydoo.

Dollarydoo is from a 1995 episode of The Simpsons, in which Bart places a collect call to a boy in Australia, racking up a bill of nine hundred dollarydoos. Perhaps the show’s writers were inspired by the didgeridoo, a musical instrument of Australia’s indigenous peoples.

“Shortly after the research plane left, satellite estimates of Patricia’s intensity broke the Dvorak scale, peaking at 8.3 on the 8.0 scale.”

The Dvorak scale measures tropical cyclone intensity, specifically Mean Wind Speed in knots and miles per hour. The Dvorak scale and technique are named for Vernon Dvorak, an American meteorologist.

“Here’s a new word that’s been showing up online: smol. It’s an alternative version of small, but it doesn’t just refer to size—it’s more about something or someone being really cute.”

Smol apparently means something very small and cute (perhaps like the Japanese anime term chibi) and may also have the figurative meaning of “adorable” and not necessarily small in size, like “calling a romantic partner baby,” says Gretchen McCulloch at Mental Floss.

As for the spelling, McCulloch suggests that the “o might evoke a cuter pronunciation, while dropping the l could simply be to make the word, well, smaller.”

“Unlike ‘vampire stars’—when the smaller star in a binary system sucks material away from the larger one—the stars in VFTS 352 are nearly identical in size.”

Vampire stars (not to be confused with star vampires) are also known as cannibal stars and blue stragglers, so-called because of their color and because they seem to “straggle” behind other stars in terms of age, appearing, like an aging celebrity returned from vacation, inexplicably younger and hotter.

“The Yamaguchi-gumi has always tried to cultivate good relations with the locals, hosting an annual rice cake-making event at the start of the year in which the gang distributes food and booze to the locals.”

At odds with its whimsical name, the Yamaguchi-gumi is Japan’s largest organized crime group, which recently split into “two rival factions.” The organization is named for its founder Harukichi Yamaguchi while –gumi translates as association or group.