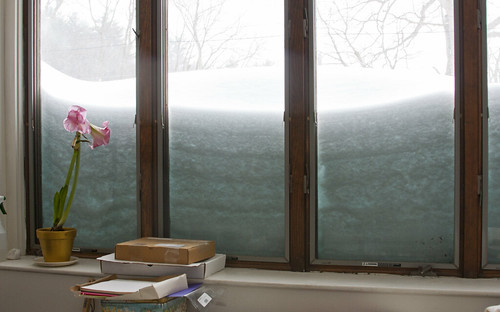 Welcome to Word Buzz Wednesday, your go-to place for the most interesting words of the week. The latest: not just fake news, not a pretty shimmer, delightful and frightful weather.

“Deepfakes are one of the newest forms of digital media manipulation, and one of the most obviously mischief-prone.”

A deepfake is an “ultrarealistic fake video made with artificial intelligence software,” says The New York Times, such as a program called FakeApp, and may involve superimposing people’s faces onto other people’s bodies, resulting in “uncanny” hybrids.

“Many of Vanuatu’s 130 languages appear to be Austronesian in origin—though some researchers say that particular aspects, including what’s known as a bilabial trill (a kind of ‘bwwww’ noise in the middle of some words), are distinctively Papuan—speaking to a kind of linguistic intermingling.”

Natasha Frost, “What Ancient DNA Can Tell Us About the Settlement of Vanuatu,” Atlas Obscura, March 5, 2018

Bilabial means pronounced with both lips, as with the letters b, p, m, and w, while a trill is a fluttering or tremulous sound.

Shimming is done with shimmers, says NBC Miami, “devices hidden inside chip readers” which steal your data once you insert your debit card. Krebs on Security says the shimmer is so called because it acts a shim, or thin piece of material, “that sits between the chip on the card and the chip reader in the ATM or point-of-sale device — recording the data on the chip as it is read by the underlying machine.”

“Invest in a smart carry-on that can attach to your suitcase through what’s called a ‘trolley sleeve’ or a ‘pass-through pocket.’ Whatever you choose to call it, we call it genius.”

The word trolley might come from verb sense of troll meaning to move or roam.

“‘Window weather’ – weather that’s lovely to look at, but unpleasant to be outside in.”

Gluggaveður is Icelandic in origin, says Mental Floss. Other great “beyond hygge” untranslatables include the Croatian fjaka, delighting in the feeling of doing nothing; the Danish morgenfrisk, a feeling of refreshment upon waking from a good night’s sleep; and the Japanese kanso, achieving clarity by eliminating clutter.