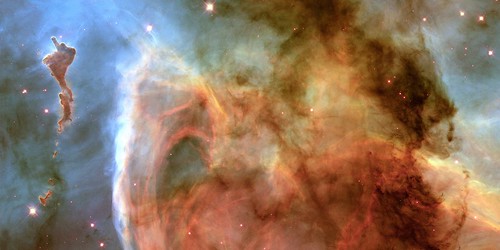 Welcome to Word Buzz Wednesday, your go-to place for some of the most interesting words of the week. The latest: you can’t change the past; the novelty of newness; the problem with secretaries.

“The consistent universe is an interesting device because we feel deep discomfort at not being able to change the course of events through our choices.”

Xaq Rzetelny, “Trek at 50: The quest for a unifying theory of time travel in Star Trek,” Ars Technica, February 12, 2016

“They created a version of Danish that contains words and intonations from Arabic, Persian, and Turkish. In Denmark, this dialect is called gadesprog, or ‘street language.’”

Michael Erard, “The reason you discriminate against foreign accents starts with what they do to your brain,” Quartz, February 25, 2016

Other “street” dialects in Europe include Kiezdeutsch in Germany and Rinkeby Swedish in Sweden, named “after an immigrant neighborhood of Stockholm,” says Quartz.

“Brain studies suggest that this ‘novelty bonus’—the additional weight we give to new options—stems at least in part from the euphoric feeling it gives us.”

The novelty bonus is the value added to an option by virtue of its newness. Such a value can erode as the option becomes familiar.

Ana Swanson, “When to stop dating and settle down, according to math,” The Washington Post, February 16, 2016

The secretary problem involves the idea of “settling” for a choice when possibly a better choice is still yet to come. In the rather old-fashioned scenario, a boss interviewing applicants for a secretary position must determine the best option among both seen and unseen applicants.

“For Democrats, there are an additional 150 unpledged delegates, otherwise known as ‘superdelegates,’ in Super Tuesday states.”

It’s the season of presidential election parlance. First we discussed the Iowa caucus; today it’s Super Tuesday. On Super Tuesday, which was this week, “more states vote and more delegates are at stake than on any other single day in the presidential primary campaign,” says NPR. These primary elections will be held in 13 states, “plus the territory of American Samoa and Democrats Abroad.”