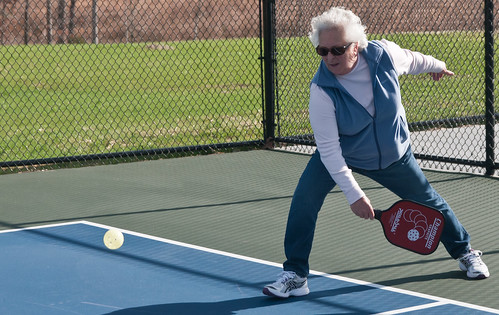 Welcome to Word Buzz Wednesday, your weekly roundup of some of the most interesting words of the week. The latest: a cheesy tea, the sleaziest of loopholes, a fun-sounding game with a funny-sounding name.

“As any cheese tea purveyor will tell you, cheese tea tastes better than it sounds.”

Esther Tseng, “Cheese Tea Could Be the New Bubble Tea — If Americans Get Over the Name,” Eater, September 21, 2018

Like many tasty treats, cheese tea originated in Taiwan. According to Eater, around 2010 night market vendors started combining “powdered cheese and salt with whipping cream and milk to form a foamy, tangy layer on the top of a cup of cold tea.” Because sure why not? The cold tea is “usually green or black tea, with or without milk,” and “is sweet, like boba, but has a savory finish.”

“Faience is a French ceramic technique that originated in Lyon during the 16th century.”

Madeleine Luckel, “12 of the Best Design Exhibitions to See This Fall,” Vogue, September 18, 2018

Faience is a kind of earthenware “decorated with colorful opaque glazes.” Named for Faenza, Italy, the term originally referred to the earthenware made in that city, says Incollect, before coming to mean a similar product in France.

“The bill aims to crack down on what’s known as the ‘Kushner loophole’ — landlords falsely stating in construction permit applications that a building does not contain occupied rent-regulated units.”

The Kushner loophole is named for POTUS son-in-law, Jared Kushner, whose “family real estate company filed dozens of false documents with the city claiming it had no rent-regulated tenants in many of its buildings,” says AP. This “allowed it to avoid strict oversight of construction that critics say was used to drive out low-paying tenants.” The bill introduced by councilman Ritchie Torres “would require the city’s buildings department to check with tax records to validate such claims,” and if any false submission were discovered, “the landlord’s entire portfolio of buildings would be subject to an audit.”

“Most importantly, ScanMars successfully detected what’s known as a wadi, or dry, seasonal riverbed during the testing in Oman.”

Evan Gough, “Astronauts Could Use the ScanMars Device to Search for Water on Mars,” Universe Today, September 24, 2018

A wadi is a “valley, gully, or streambed in northern Africa and southwest Asia that remains dry except during the rainy season.” The word is Arabic in origin and ultimately comes from wada, meaning “it flowed.”

“Throughout North America the sport of pickleball is becoming increasingly popular, and no one knows this better than the Penticton Pickleball Club.”

Pickleball might be the most popular sport you’ve never heard of. An amalgam of tennis, badminton, and ping pong, it was invented by a Washington state congressmen and a couple of his friends one summer in the early to mid 1960s. In recent years pickleball has seen a resurgence, even played by the likes of Bill and Melinda Gates. As for the name, while some sources say it was named after the congressman’s dog, this is incorrect. The game came first — perhaps named for the pickle boat, a nickname for “the last boat to finish a race” — then the dog named Pickles.