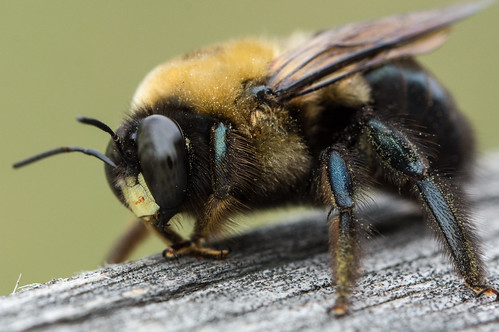 Welcome to Word Buzz Wednesday, your go-to place for some of the most interesting words of the week. The latest: the political playoffs; super-old poop; the buzzing dead.

“If you’re nodding your head like ‘yes, of course, the caucus,’ but secretly have no idea what the heck everyone is talking about, this explainer is for you.”

Patrick Allan, “What Are Caucuses and How Do They Work?” Lifehacker, February 1, 2016

Caucuses and primaries, says Lifehacker, are like the NFL playoffs of presidential politics. The general election in November is like the Super Bowl.

So why is the Iowa caucus so important? While it “only accounts for 1% of the total delegates that will be casting their votes at National Conventions,” it’s “the first phase of the presidential race” and “political analysts believe a lot can be determined from just this one state’s caucus results.”

As for where the word caucus comes from, there are a couple of theories. According to Grammar Girl, the word might have come from the Algonquin cau′-cau-as′u, “one who advises, urges, or encourages,” or perhaps the Greek kaukus, “drinking cup.” John Adams formed the Caucus Clubb, a “social and political organization,” in 1763.

“But serious study of coprolites did not begin until the mid-20th century, when researchers at McGill tried to examine Peruvian fecal samples for evidence of parasites.”

Sarah Laskow “To Truly Know an Ancient Society, One Must Analyze Its Feces,” Atlas Obscura, January 28, 2016

“To solve this problem, the night mayor suggested not less, but more time for people to go clubbing.”

Amsterdam’s night mayor is in charge of the city’s special districts created for “after-dark businesses,” as well as managing and improving “relations between night businesses, residents, and City Hall.” The night mayor concept has also taken off in Paris, Toulouse, and Zurich.

“The most widely used ones fall into two broad classes: weakly interacting massive particles (WIMPs) and much lighter axions, though there is no shortage of more complex hypotheses that combine various types of particles.”

WIMPs are one of two classes of “so far undetected” particles that make up dark matter, that is, the matter of the Universe that’s invisible.

“But aside from helping a species and an industry, keeping ZomBees in check is a smart move because, seriously, do you want to live in a world with dying, nocturnal bees kamikazeing into your windows and lamps?”

ZomBees are so-called because the bees seem to have lost control of their usual functions and behavior, such as not emerging at night or in the cold. The bees are victim to a parasitic fly that injects eggs into their bodies that alter their behavior before bursting Alien-like from the bees’ chests.