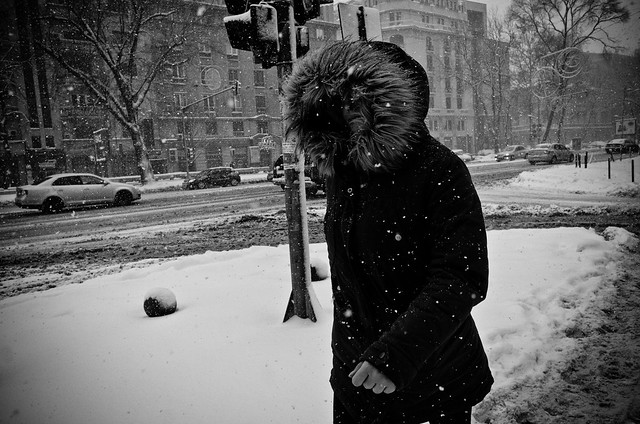 Welcome to Word Buzz Wednesday, your go-to place for the most interesting words of the week. The latest: that storm was da bomb; more than just cozy; a shitty word of the year.

“At its peak, the storm resembled something like a hurricane: a ‘bomb cyclone’ spinning around a central eye.”

A bomb cyclone, says Vox, is a kind of winter weather storm “defined by a very specific and very extreme drop in atmospheric pressure — 24 millibars in 24 hours,” which means it “will pack a powerful punch, with winds that could whip at hurricane-force strength.”

“I pointed out that Norwegians embrace the idea of koselig, or ‘coziness’—that making the conscious effort to light candles and fires, drink warm beverages and snuggle under blankets can be enjoyable and relaxing.”

Koselig might be thought of as the Norwegian version of the Danish hygge. A Frog in the Fjord describes koselig as more than just “cozy.” Basically any thing or person can be koselig if it “makes you feel a sense of warmth very deep inside in a way that all things should be: simple and comforting.”

“In the 1860s, the LCHF diet became widely known as a Banting diet, after British undertaker William Banting, who wrote the first bestselling diet book based on his LCHF conversion experience.”

A kind of precursor to the Atkins diet, Banting is “a method of reducing corpulence by avoiding fat, starch, and sugar in food, based on a pamphlet by William Banting published in 1864,” says the Oxford English Dictionary.

“Shitpost is an example of how people used the internet, in a year that made clear just how powerfully the glut of online information can be weaponized against democracy.”

The American Dialect Society has named shitpost the Digital Word of the Year for 2017. It refers to the “posting of worthless or irrelevant online content intended to derail a conversation or to provoke others.”

“Australian English is a jumble of abbreviations, diminutives, and what are called hypocoristics.”

A hypocoristic is a nickname, but, says Atlas Obscura, it doesn’t work like other nicknames. It doesn’t necessarily shorten a name or word but is often the same number of syllables and sometimes even longer. The word hypocoristic ultimately comes from the Greek hupokorizomai, “I speak in the language of children.”