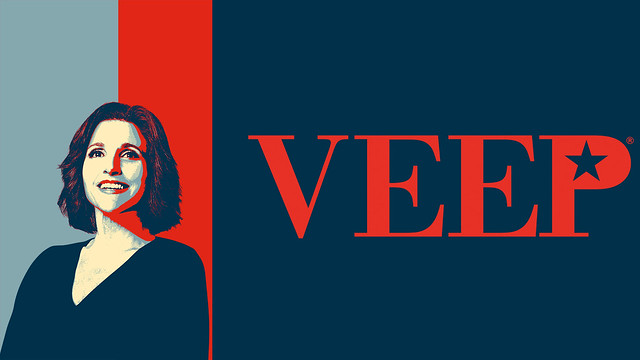 Another crazy and hilarious season of Veep is coming to a close, and as per tradition, we’ve kept our ears open for the most interesting Veep-isms. Here are 10 of our favorites. (Warning: some spoilers and awesomely strong language ahead.)

UPDATED: We added an additional term from the season finale.

Selina: “Just out of curiosity, if I were to [mimes pulling a plug], would [the increase in approval ratings] end?”
Kent: “There is a possibility of a shorter-lived by numerically greater outpouring. If you will, a death bump.”

A death bump refers to a bump in approval ratings from the perception that a politician is grieving.

The term full-metal Nixon seems to have been created by Michael Raysses in Daily Kos regarding Condoleeza Rice’s response to a child’s question about “the methods used by the Bush administration to get information from detainees”:

Going full-metal-Nixon in her response, Ms. Rice asserted that if an act was ordered by the President, it was per force not illegal.

The full-metal part of the term likely comes from full-metal jacket, a bullet encased in a copper alloy, and full-metal’s figurative meaning of going full force, perhaps to a manic degree. The Nixon part is based on a quote from the former president in an interview with journalist David Frost: “When the president does it, that means it is not illegal.”

Selina: “Hey, I’m going to be president. So I can go take a shit in the Rose Garden if I want to.”
Ben: “We used to call that a Jimmy Carter.”

The term Rose Garden strategy or campaign refers to when an incumbent president stays in the White House — perhaps in the Rose Garden, which borders the Oval Office and West Wing — rather than hits the campaign road, using “pressing White House business” as an excuse.

According to linguist Barry Popkik, the term was popularized in 1976 “when President Gerald Ford spent time in the White House to look presidential, rather than to appear on the campaign trail.” Ford lost to Jimmy Carter, then a relatively unknown from Georgia. Carter used the same strategy during his 1980 campaign, losing to Ronald Reagan.

Selina: “Here’s an interesting fact. Would you believe that it was called the Red Room before it was actually painted red?”

According to the WhiteHouse.gov, the Red Room was named for the red fabrics that “were used for the draperies, upholsteries and floor covering in the 1840s.” It met with controversy in 1876 with the “secret swearing-in of President Rutherford B. Hayes right after his hotly contested defeat of Samuel J. Tilden.”

Catherine: “We just thought maybe we could have, like, a sham ham for Christmas.”
Selina: “What is that, sweetie? Is that like tofurkey?”
Marjorie: “No, ma’am, tofurky is cooked. This is a raw log made of mushrooms and soaked walnuts.”

We can’t help but wonder if President Meyer’s Secret Service code name is a reference to the High Sparrow in Game of Thrones, another controversial ans powerful figure. Check out 11 more great code names from the Secret Service.

Gary: “My bowling coach used to say a tie was like kissing your sister.”
Selina: “Well this feels like my sister took a shit on my chest.”

The phrase, “A tie is like kissing your sister,” originated in the early 1950s and is attributed to Navy football coach Eddie Erdelatz.

Ben: “Qataris likes to assert themselves. They’re wet-fingered.”
Selina: “They’re into ass play?”
Ben: “They have a gift for sensing prevailing political winds.”

The term wet-fingered politics — with the idea of holding up one’s damp finger to feel for the direction of the wind — means voting according to public opinion or “political breezes,” as a 1991 article in Deseret News puts it.

The earliest citation we could find for wet-fingered politics is from a 1972 article in The Morning News of Wilmington, Delaware. “I’m against wet-finger politics,” said Olof Palme, Prime Minister of Sweden at the time. “Testing public opinion before you do anything.”

Selina [to Catherine]: “I have to be here, sweetie pie, because I’ve got to call all of these congress people. Whip the vote….Mommy’s gotta whip. Whip it good. What is that?”
Gary: “Devo.”

Whip the vote might be a play on the game Whip the Vote. Created by Ryan Lambourn, the game “tasks players with negotiating Congressional votes as a Democratic whip.”

Zitzilla, a blend of zit and Godzilla, refers to a monster pimple Selina tries (unsuccessfully) to hide.