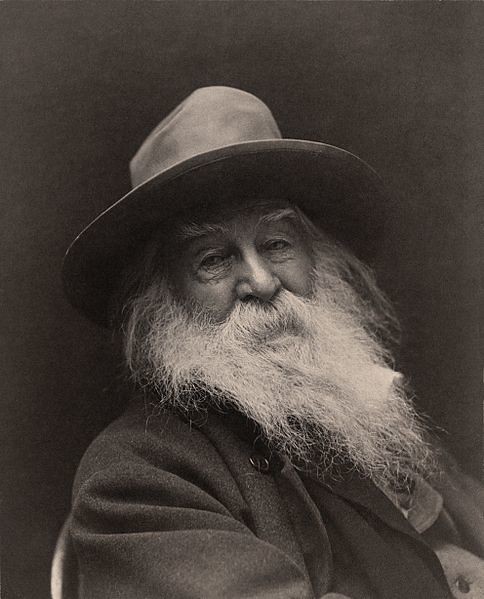 While best known for his “barbaric yawp,” poet and journalist Walt Whitman was also the creator of words, several of which we still use today. On his birthday, we take a look at six words and phrases Whitman coined or popularized.

“Afoot and light-hearted I take to the open road!”

The term open road originally referred to a country road, says the Oxford English Dictionary (OED), “outside the urban areas, where unimpeded driving is possible.” The figurative sense of “freedom of movement” was first used by Whitman in a poem in his collection, Leaves of Grass.

“Besides the hospitals, I also go occasionally on long tours through the camps, talking with the men, &c. Sometimes at night among the groups around the fires, in their shebang enclosures of bushes.”

Before shebang became the whole shebang, Whitman used it to mean a shanty or temporary living quarters. He might have picked it up from Civil War soldiers who, according to the Online Etymology Dictionary, popularized the phrase. The word might be an alteration of shebeen, meaning an unlicensed drinking establishment, but the tavern sense of shebang came after the Civil War.

Shebang came to mean any situation or matter of concern around 1869 or earlier, says the OED, which lists Mark Twain’s as the earliest recorded usage: “I like the book, I like you and your style and your business vim, and believe the chebang will be a success.”

Whitman may have been the first to nickname a U.S. newspaper with “tribune” in its title (e.g., the Chicago Tribune) the Trib.

If you call yourself a northeasterner, you have Whitman to thank. He was also the first to use native state words Kansian, Oregonese, and Utahan.

“When the fire-flashing guns have fully alerted me.”

Before the 20th century, using alert as a verb was rare, says the OED. Whitman’s is the earliest recorded usage.

“Some three or four hundred more escapees from the confederate army came up on the boat.”

While Whitman’s recorded usage is from the 1870s, the Online Etymology Dictionary says escapee came about in American English around 1865, perhaps, like shebang, in association with Civil War soldiers.