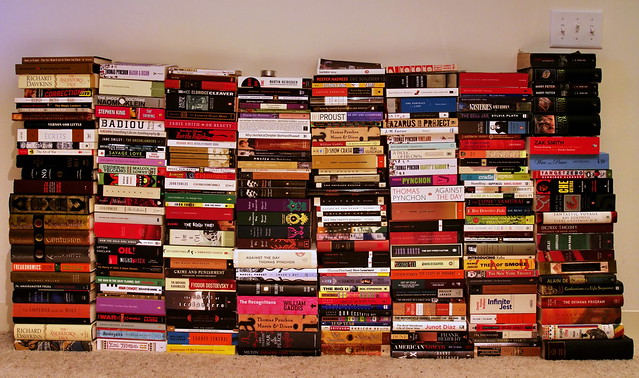 Welcome to Word Buzz Wednesday, your go-to place for the most interesting words of the week. The latest: Oxford Dictionary’s stylish word of the year; a special flu for men (supposedly); our idea of bookish heaven.

“‘Youthquake’ is the Oxford word of the year—but it’s not a new one.”

Youthquake, according to the Oxford English Dictionary, refers to “the series of radical political and cultural upheavals occurring among students and young people in the 1960s,” and now also means any “significant cultural, political, or social change arising from the actions or influence of young people.”

“The first was that the octopuses were going through what’s called senescence—essentially, they had gone senile.”

Senescence comes from the Latin senescere, “to grow old.”

Other “man” terms include man cave, manscaping, and mankini.

“Doughty is known for his competitiveness and his tendency to talk to opponents, or ‘chirping,’ as it’s called in hockey circles.”

In hockey, trash talking is known as chirping, although where the term comes from isn’t clear.

“It’s called Jolabokaflod, and, as you might’ve guessed, it comes to us from Iceland.”

Jólabókaflóð, which translates from Icelandic as “Christmas book flood,” refers to the inundation of new books in Iceland during the months before Christmas.