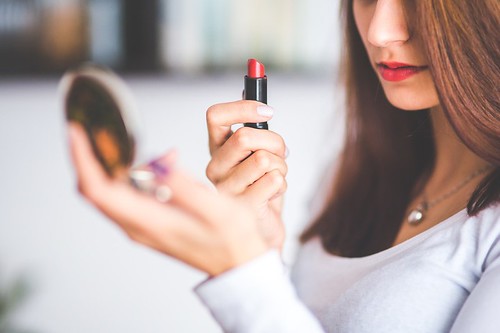 Welcome to Word Buzz Wednesday, your go-to place for some of the most interesting words of the week. The latest: an offensive nickname; lipstick courage; and angel hair pasta’s got nothing on this.

“By the end of the day on Oct. 17, #ChaiWala (tea seller) was the top trending item on Twitter Pakistan.”

Chaiwala comes from Urdu. While chai meaning “tea” seems straightforward, the definition of wala seems more complex. According to this forum, the word could refer to a vendor or seller but “also possessor of certain sorts” as well as “the one,” as in, when asking for paratha, a fried flat bread, you could say, “Ghee wala,” the butter one, or “Meetha wala,” the sweet one (which both sound delicious).

“The Dollies were stuck in place, consigned by decades of tradition to a secondary role, with little hope of promotion.”

The Dollies was a derogatory nickname for the national researchers at Newsweek magazine in the 1960s, says The Washington Post. The researchers were all women — while the “boys did the writing and got the glory,” the Dollies “did the journalistic spadework and fetched the coffee.”

The moniker is reminiscent of trolley dolly, a British and Australian term for a female flight attendant.

“There were always some who objected to gibbeting for its barbarity, but the courts saw it as a way to prevent crime.”

Gibbeting, which dates back to medieval times, is also known as “hanging in chains,” says Atlas Obscura, and refers to hanging a body in a body-shaped cage after death. The practice was officially mandated “by the 1752 Murder Act, which required bodies of convicted murderers to be either publicly dissected or gibbeted,” and was “formally abolished in 1834.”

The word gibbet was originally synonymous with gallows, and comes from the Old French gibet, a diminutive of gibe, “staff.”

“The lipstick effect isn’t just about lipstick, but rather everything from makeup, skincare, and hair products to clothes and shoes.”

With the lipstick index, says Racked, Leonard Lauder of Estee Lauder claimed that during economic recessions, lipstick sales went up because the cosmetic is “an affordable extravagance that women seek when more costly items like vacations and luxury vehicles are no longer within reach.”

The lipstick index was eventually discredited, but what’s being called the lipstick effect suggests a level of strategic thinking “going on in women’s minds when they shop for cosmetics and clothing while worried about money.” One study suggests that when women are concerned about finances, they use makeup “to feel more confident in their ability to find a romantic partner and to get (or keep) a job.”

“In a modest apartment in the town of Nuoro, a slight 62-year-old named Paola Abraini wakes up every day at 7 am to begin making su filindeu – the rarest pasta in the world.”

Su filindeu, which translates as “the threads of God,” comes from Sardo, a language spoken on the island of Sardinia and “the closest living form of Latin,” says the BBC. What makes the pasta so rare is that only three women in the world “still know how to make it,” the recipe and technique having been passed down through the women in this particular family for more than 300 years.

The pasta is also difficult to make. It involves “pulling and folding semolina dough into 256 perfectly even strands with the tips of your fingers, and then stretching the needle-thin wires diagonally across a circular frame in an intricate three-layer pattern.”

The process is so difficult and time-consuming, “the sacred dish has only been served to the faithful who complete a 33km pilgrimage on foot or horseback from Nuoro to the village of Lula for the biannual Feast of San Francesco.”

One thought on “Word Buzz Wednesday: the Dollies, the lipstick effect, su filindeu”