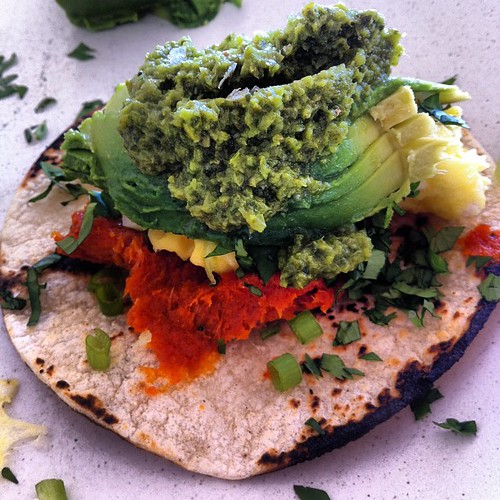 Welcome to Word Buzz Wednesday, your go-to place for some of the most interesting words of the week. The latest: a delicious sausage paste; a sausage word of the year; slouching into January.

“Going to a raggare meet feels like stepping out of a time machine. Attendees sporting slicked-back hair and leather jackets roll up in vintage hot rods, ready to spend the day drinking beer from the can and listening to Elvis Presley.”

Grease meets ABBA in raggare, a Scandinavian subculture that originated in the 1950s as a form of rebellion, says Mental Floss, and has persisted ever since. The word raggare comes from the Swedish raga, “to pick up girls.”

“When chef Francesco Mazzei put nduja on the menu in London back in 2006, he had to add a note explaining what it was: a spicy, spreadable sausage from his native Calabria in southern Italy.”

Richard Vines, “What Is Nduja and Why Is It Suddenly on Every Menu?” Bloomberg, December 13, 2016

Nduja, in addition to sounding delicious, is pronounced in-DOOJ-ah, says Bloomberg. The sausage spread originated in the Vibo Valentia province and is made with pork fat, herbs and spices, and “spicy Calabrian peppers, which give nduja chili heat and a distinctive red color.”

“Mining companies have for years been extracting billions of dollars of lithium from the Atacama region in Chile, and now firms are flocking to the neighboring Atacama lands in Argentina to hunt for the mineral known as ‘white gold.’”

White gold is another name for lithium, a metal that’s “essential for the lithium-ion batteries that power smartphones, laptops and electric vehicles,” says The Washington Post. The ubiquity of these products “has prompted a land rush” in the ancestral lands of the indigenous Atacamas people of Chile.

“The all-important democracy sausage is a staple at polling booths across the nation on election day.”

Australia’s selection for 2016 word of the year, democracy sausage, first came into circulation in 2012, says ABC, “but rose to prominence during this year’s federal election.” One candidate noted his sausage sandwich (otherwise known as a sausage sanga and a snag) was “the taste of democracy,” then promptly ate said sandwich incorrectly.

“Chinese netizens coined the phrase ‘The Ge You slouch’ to describe a state of idleness which they called ‘living without hope.’”

Zheping Huang, Echo Huang, “The memes that took over China’s internet in 2016 speak to the country’s power and fragility,” Quartz, December 21, 2016

The Ge You slouch, which pretty much sums up January for us, is named for veteran actor Ge You, says Quartz, who once guest starred on a 1990s sitcom as a slouchy, freeloading scam artist.