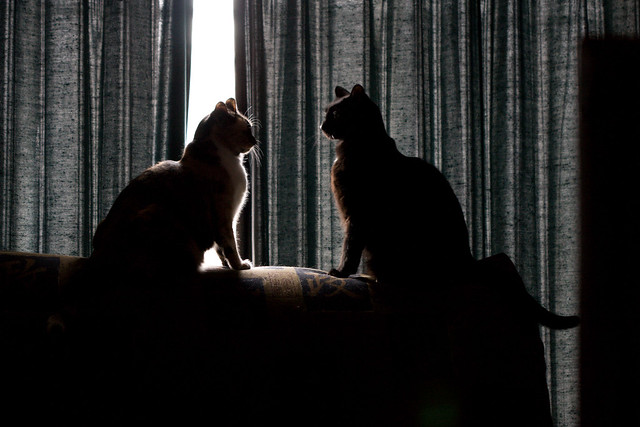 Welcome to Word Buzz Wednesday, your go-to place for the most interesting words of the week. The latest: the world’s most succinct untranslatable, dressing to the max, a false equivalence.

“Listed in the 1994 Guinness Book of World Records as the world’s most ‘succinct word,’ mamihlapinatapai stems from the language of the Yaghan (or Yamana) tribe of Tierra del Fuego, an archipelago split between Chile and Argentina at the southern tip of South America.”

Zoe Baillargeon, “How the Internet Changed the Meaning of ‘Mamihlapinatapai,’” Atlas Obscura, August 11, 2017

The approximate translation of mamihlapinatapai is “a look shared by two people, each wishing that the other would initiate something that they both desire but which neither wants to begin.” It was mentioned in 2011 documentary, and since then has gained popularity on the Internet.

However, says Anna Daigneault of the Living Tongues Institute for Endangered Languages, “outside of its parent culture, mamihlapinatapai is being viewed and interpreted differently from its original meaning.” Through a Western lens, the word might seem to have a romantic undertone, “but it might not be used in that way in the Yaghan language.” Instead, “it may be closer to ‘a strong, shared glance that connects the two speakers in some way that is beyond words.’”

“Using a new method that focuses on fastball velocity, we found a way to detect whether a pitcher is actually throwing with a hot hand — and just how big of a difference it can make.”

A hot hand is a streak of good luck or success, along with the idea that because someone has had that streak, the more likely they are to continue to have it. According to the Oxford English Dictionary, the term began as basketball lingo in the 1920s. Today hot hand might be used in sports in general, gambling, and financial investing.

“Never ones to shy away from making a statement, it should come as no surprise that Gen Z’s approach to style is anything but minimal. In fact, it’s pretty much the exact opposite: ‘extra,’ if you will.”

While extra seems to have started as meaning over the top or dramatic in negative sense, it now might refer to a kind of maximalist style, or as Paste Magazine describes it, “loud colors, clashing prints, overstated makeup and dresses over jeans.”

“Many acknowledged that resting and vesting was a common, hush-hush practice at their own companies. Internally, these people are often referred to as ‘coasters.’”

Julie Bort, “Inside the world of Silicon Valley’s ‘coasters’ — the millionaire engineers who get paid gobs of money and barely work,” Business Insider, August 6, 2017

Coasters, also known as resters and vesters, are “engineers who get paid big bucks without doing too much work, waiting for their stock to vest.”

“Members of the ‘alt-right’ broadly portray protesters who oppose them as ‘antifa,’ or the ‘alt-left,’ and say they bear some responsibility for any violence that ensues — a claim made by Mr. Trump on Tuesday.”

Antifa is a shortening of “anti-fascist,” says The New York Times, and “was coined in Germany in the 1960s and 1970s by a network of groups that spread across Europe to confront right-wing extremists.” According to analysts,  “comparing antifa with neo-Nazi or white supremacist protesters was a false equivalence.”