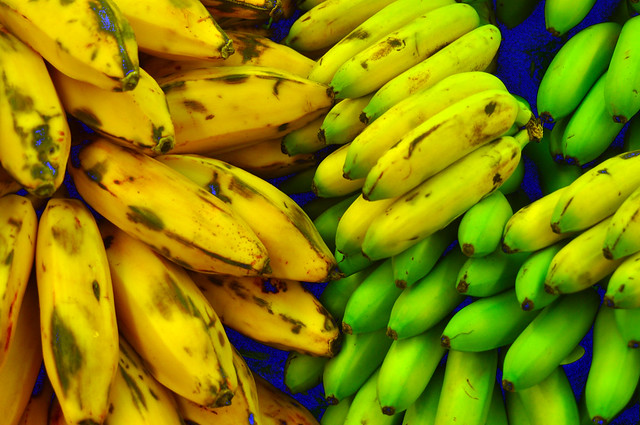 Welcome to Word Buzz Wednesday, your go-to place for the most interesting words of the week. The latest: the Danish law of “average”; how horoscopes pull a fast one; becoming “plantainized.”

“The character of Denmark has been consistent in its exemplification of Jante even though it’s never named as such.”

Like the cozy hygge, Jante is a Danish untranslatable and thought to be the reason Denmark keeps getting picked as the world’s happiest country. The law of Jante, says Quartz, is a code of conduct which suggests “Danes are happy because they aspire to be average.” Jante was originally the fictionalized town in a satirical novel which the author wrote “to skewer the people of the small town and region where he grew up.”

Why would such a law make you happy? It’s all about expectations. Quartz cites a therapist who says that if you expect a “very average life,” you’re more likely to be content “when life hands you average things.” And if you get something “above and beyond average,” you’ll probably be “pleasantly surprised” and “pretty darn happy.”

“It’s hard to know whether I found them to be true — I am charming, TYSM, but am I irresponsible?! — or whether I’d fallen victim to the Forer effect.”

Haley Nahman, “Does Your Birth Order Affect Your Personality?” Man Repeller, May 12, 2017

The Forer effect, also known as the Barnum effect, is a psychological phenomenon in which people tend to agree with “vague descriptions about themselves without realizing they could apply to basically everyone and their cousin,” as How Stuff Works puts it. It’s named for Bertram Forer, a 20th-century American psychologist.

“Now scientists have figured out how the thunder god vine works to prevent pregnancy.”

Katherine Ellen Foley, “A new study has confirmed the science behind an ancient form of birth control,” Quartz, May 18, 2017

The thunder god vine is known more formally as Tripterygium wilfordii, says Quartz. Researchers at University of California, Berkeley have figured out how a compound in the plant prevents sperm from fertilizing the egg, which “could lead to an alternative to the hormonal birth control pill.”

“Recently, I spent more than a month in this cinematic metropolis, getting properly aplatanada (slang for ‘plantainized,’ meaning Cubanized).”

Plantains are often equated with Cuban cooking — hence the slang term aplatanada, literally “plantainized,” to mean becoming Cuban — although “the fruit probably originated in India and landed in the Caribbean via the Spanish settlers,” says Fine Cooking.