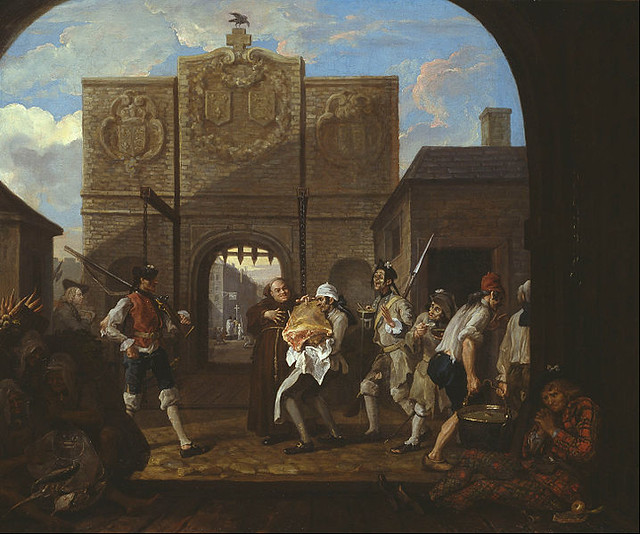 “In the case of a hung parliament, the leader of the party with the most seats is given the opportunity to try to form a government.”

Rajeev Syal and Alan Travis, “What is a hung parliament and what happens now?” The Guardian, June 9, 2017

In the United Kingdom, says The Guardian, to gain a majority and the right to form the next government, a party must win 326 of 650 seats in the House of Commons. The Conservatives, the party of current Prime Minister Theresa May, won “only 318 seats, eight short of that magic number 326, which delivers an overall majority and the keys to Downing Street.” The result? A hung parliament.

“The historical French slang for the British, les Rosbifs, references our love of a good roast. I’m glad that they never got around to calling us Yorkshire puddings.”

According to the BBC, the moniker Rosbifs became associated with the English “as far as the French were concerned in the 18th Century, simply because it was a very popular way of cooking,” and was the title of a popular patriotic song, “The Roast Beef of England.”

“‘Ear Hustle’ — the phrase is slang for eavesdropping — is a collaboration between Earlonne Woods and Antwan Williams, both prisoners at San Quentin, and Nigel Poor, a Bay Area visual artist who teaches photography classes at the prison.”

Beth Schwartzapfel, “Meet the Creators of the New Podcast From Inside San Quentin Prison,” The Marshall Project, June 12, 2017

According to Cassell’s Dictionary of Slang, the term ear hustle originated in the 1990s as prison slang. By extension, an ear hustler is someone who gossips or eavesdrops. According to Street Talk: Da Official Guide to Hip-Hop & Urban Slanguage, ear hustling refers specifically to overhearing false information and is also known as burglarizing a conversation.

“These small, wooden boxes of 15 sq ft, are known as ‘coffin cubicles.’”

Coffin cubicles refer to impossibly small subdivided apartments in Hong Kong, big enough for one narrow bed and sealed all around with wooden planks. An 400 square foot apartment  “can be subdivided to accommodate nearly 20 double-decker sealed bed spaces,” says The Guardian.

“Though, personally, my favorite DEA-published slang term for cocaine would have to be ‘devil’s dandruff.’”

Other Drug Enforcement Administration slang terms for narcotics include west coast turnarounds for amphetamines, famous dimes for crack, Beyonce for heroin, Hawaiian sunshine for LSD, and Alice B. Toklas for marijuana.