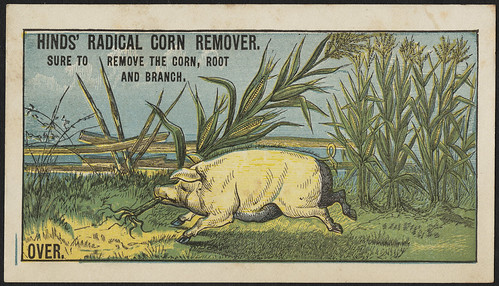 Welcome to Word Buzz Wednesday, in which we round up our favorite buzzworthy words of the week. The latest: flow’s up, dude; yet another –gate; and if a Zamboni and Dalek had a thirsty baby.

Matt Skenazy, “Can Surfing Reprogram the Veteran’s Brain?” Outside, September 15, 2015

In psychology, flow refers to a “heightened state of consciousness,” while flow theory is the idea that “the physical exertion and intense focus required to surf” can produce a flow state, which floods the brain with “neurochemicals like anandamide and serotonin, the same substances found in antidepressants,” and alters the balance of “epinephrine and dopamine to the levels achieved during meditation.”

“Guevedoces are also sometimes called ‘machihembras’ meaning ‘first a woman, then a man’.”

Michael Mosely, “Growing a penis at 12: the ‘Guevedoce’ boys of the Dominican Republic,” The Telegraph, September 20, 2015

Guevedoce translates from Spanish as “penis at twelve,” and refers to children in the remote Dominican Republic village of Salinas who are born resembling females but at puberty develop a penis and testicles. Occurring in one in 90 boys, Guevedoce is caused by an enzyme deficiency and is thought to have been allowed to persist through generations due to the villagers’ isolation.

“#Piggate was trending on social media Monday after the Daily Mail published a bizarre claim that British Prime Minister David Cameron put ‘a private part of his anatomy’ into a dead pig’s mouth during a student initiation ceremony at the University of Oxford.”

Piggate joins a long line of –gate compounds that refer to something scandalous or controversial. Another recent –gate is Deflategate (also known as Ballghazi), in which Tom Brady and the New England Patriots were accused of deflating footballs in an attempt to improve grip. In 2007, the Patriots were embroiled in another cheating scandal dubbed Spygate, in which a video assistant was caught “illegally videotaping Jets coaches’ defensive signal.”

Piggate is eerily similar to an episode of the British series, Black Mirror, in which a fictional prime minister is forced to perform porcine fornication on live television in order to save a kidnapped princess.

“Christina Warren, writing at Mashable, wondered whether Apple had opted for the appellation of ‘rose gold’ as a way to avoid using the overtly girly ‘p’ word. ‘I’m just going to say it: it’s pink,’ she wrote.’”

In jewelry making, says The New Yorker, rose gold refers to “an alloy of gold to which copper has been added,” and while the phone is new, the color has been around for a while. Since 1708 to be exact, at least according to the Oxford English Dictionary.

“When the ‘Slambonis’ first debuted, it was estimated that using them saved about 10 minutes of play for each interrupted game.”

The Slamboni, a blend of the slam of Grand Slam and Zamboni, is a machine designed to (sloooowly) vacuum up excess water from tennis courts. The term has been in use since at least 2004, according to Barry Popik. The Zamboni, which resurfaces ice in an ice rink, is named for its inventor, Frank J. Zamboni.