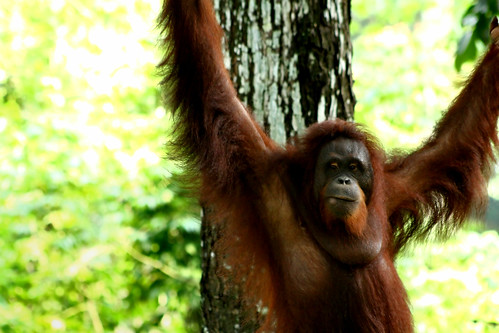 Welcome to Word Buzz Wednesday, in which we round up our favorite buzzworthy words of the week. The latest: hooray for Cholliwood, an unexpected distress call, and checkered chihuahuas.

“So, yes, ‘Cholliwood,’ as it’s been dubbed (‘Chollima’ is the name of the flying horse you see everywhere in North Korea), is not quite Cinecittà.”

Cholliwood refers to North Korea’s film industry, which is mostly, if not all, propaganda.

The flying horse Chollima originates from Chinese classic works and translates as “thousand-mile horse.” It’s said the horse is “too swift and elegant to be mounted” by humans. The North Korean football team is known as Chollima, as well as their economic movement which is similar to China’s Great Leap Forward.

Other Hollywood blends include Bollywood, the film industry of Bombay, now Mumbai; Dollywood, Dolly Parton’s amusement park; Wellywood which refers to Wellington, New Zealand, the home of Peter “Lord of the Rings” Jackson’s production company; and many more.

“Another interesting aspect of this research is that it proves kisses aren’t all about romance and sweetness in the primate world. The calls that de Boers and his colleagues studied are known as ‘kiss squeaks.’”

The kiss squeak is a distress call the orangutan makes when humans or dangerous animals come near, says Discovery News.

The Kiwi collier, while an adorable name and, we’re sure, an adorable pup, is a bit of a misnomer: Kiwi is the nickname for someone from New Zealand, not Australia.

“Even with a string of Superchargers along my route, I felt the creep of range anxiety (mostly expressed as sweatiness), because the projected range suggested by the car didn’t always hold up.”

Range anxiety is the fear that a vehicle’s range, or “maximum distance that can be covered…with a specified payload before its fuel supply is exhausted,” is not enough to reach its destination. Especially said of electric cars since car battery chargers are not readily available everywhere.

“The boom in human population and consumption of everything from copper to corn after 1950 or so. . .roughly coincides with this nuclear marker as does the advent of plastics and other remnants of industrial society, dubbed technofossils by Jan Zalasiewicz of the University of Leicester.”

Technofossils are “the fossil traces of technologies used to perform tasks,” according to The Economist. For example, technofossils “from about two million years ago” left behind by pre-human primates include “simple wood or stone ‘tools’ to pound, dig or cut.”