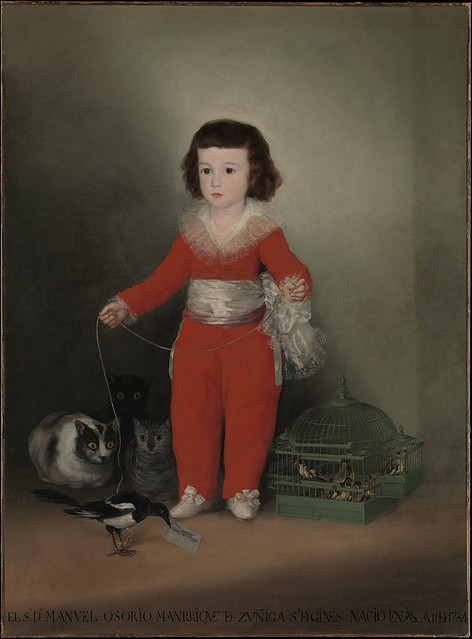 Welcome to Word Buzz Wednesday, your go-to place for the most interesting words of the week. The latest: a big boy pants party, an activist generation, getting comfortable for the big sleep.

“Today, almost all Western children start wearing pants of some sort at an early age, but for centuries a little boy’s first donning of trousers was momentous, worthy of celebration. This meant a ‘breeching’ ceremony or party.”

Back in the day, at least in Western society, boys and girls both wore dresses — that is until the boys turned between four and eight. Then out came the trousers, and with great fanfare. This breeching ceremony, says Atlas Obscura, “seems to have started in the United Kingdom sometime in the middle of the 16th century, and then made its way across the Atlantic with early European migrants.” By the early 20th century, the practice died off, “perhaps in part because changes in laundry technology made washing soiled pants—after inevitable childhood accidents—a bit easier.”

“This translates into rage against Korea’s political left, much of which comprises what’s called the ‘386 generation.’”

On the cusp between baby boomers and Generation Xers, the 386 generation in Korea refers to those who were “in their 30s in the 1990s, went to college in the 1980s and were born in the 1960s,” says Mic. They were also known for “driving the democracy movement in the 1980s, which railed against oppressive dictatorial presidents who slaughtered protesters, censored the media and tortured college students.”

“In other words, people dying today are buried in what you might call grave-casual.”

Katie Heaney, “What Your Future Burial Outfit Says About You,” Racked, September 18, 2017

Think business casual, only deader. For baby boomers, says Racked, “self-expression is more important than social status or propriety,” even six feet under. So instead of suits and dresses, they might opt for “a beloved sweater, the jersey of a favorite sports team, or even jeans.” The term business casual, according to the Oxford English Dictionary, originated around 1968.

“I don’t remember them ever talking about the female athlete triad or anything related to it. … It destroyed my collegiate career.”

The term female athlete triad seems to have originated in the late 1990s, says Outside. The American College of Sports Medicine described it as “three distinct conditions: disordered eating, amenorrhea (the absence of a period), and osteoporosis.” It “can contribute to long-term health issues like stress fractures, infertility, and impaired cardiovascular health.”

“That’s what some women have been doing since Pao filed her lawsuit in 2012, putting their careers on the line to call out companies and individuals that engaged in discrimination — and got away with it. In Silicon Valley, it’s called the ‘Pao effect.’”

Investor Ellen Pao is known for accusing her one-time employer, Kleiner Perkins Caufield & Byers, “of not promoting her because of her gender and retaliating against her for complaining,” says USA Today.

Asians and Asian Americans hold “41% of jobs in Silicon Valley’s top companies,” and while “Asian women hold fewer of those jobs than Asian men, they’re employed in far greater numbers than other women of color.” However, research has shown “that Asian women report experiencing as much bias, and sometimes more, than other women do,” and are the least represented demographic group “in the executive suite relative to their percentage in the workforce.”