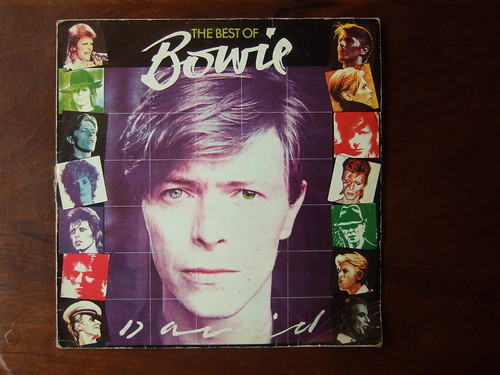 Welcome to Word Buzz Wednesday, your go-to place for some of the most interesting words of the week. The latest: people who love people who love guns; David Bowie’s financial legacy; hacking serendipity.

“Meanwhile, in the cities, the 21st century birthed the hipster, the metrosexual, the lumbersexual, the ammosexual and other -sexuals, these labels working to create a taxonomy of everyday types in the manner of 19th-century commentators trying to make sense of rapid social change.”

An ammosexual is “someone who loves firearms in a fetishistic manner.” The word is a blend of ammo, short for ammunition, and the suffix –sexual. It was also a nominee for the American Dialect Society’s word of the year. (The portmanteau came in third.)

“Just before Christmas in Hamburg, New York, a judge dismissed the [DUI] charges after being presented with evidence the woman suffers from ‘auto-brewery syndrome.’”

“In the meantime, the Army issues two different kinds of protective gear for troops’ nether regions: a synthetic underwear made of silk and a Kevlar plate protecting the groin (soldiers call them ‘blast boxers’ and ‘blast diapers’).”

Unfortunately, a large number of soldiers don’t wear their blast boxers, a study by the University of Southern California found last year, mostly due to their discomfort.

“The pioneering nature of Bowie bonds caught the imagination of all sorts of musicians.”

These asset-backed securities, dubbed “Bowie bonds” in 1997, “awarded investors a share in [the singer’s] future royalties for 10 years.” By 2004, however, Bowie bonds were downgraded to just one level above “junk,” the lowest rating.

“Most interesting were the ‘super-encounterers,’ who reported that happy surprises popped up wherever they looked.”

Pagan Kennedy, “How to Cultivate the Art of Serendipity,” The New York Times, January 2, 2016

Super-encounterers, says The New York Times, are so partly because they believe they are. They assume they have “special powers of perception, like an invisible set of antennas,” that will lead them to clues and “finding treasures in the oddest places.”