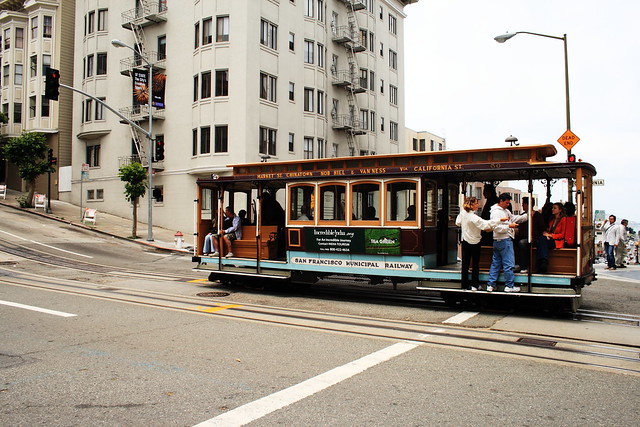 Welcome to Word Buzz Wednesday, your go-to place for some of the most interesting words of the week. The latest: grow up, millennials!; relax, milliennials!; and would you pull the trolley switch?

“Adulting occurs when someone who is, in fact, an adult manages to complete a basic chore anyone of average competence and circumstances should be able to accomplish without a second thought — and then wants to be praised for it.”

Bonnie Kristian, “How millennials are rewarding their laziness with an absurd participation award,” The Week, September 19, 2016

According to American Speech (by way of TIME), to adult means “to behave in an adult manner; engage in activities associated with adulthood,” or “to make someone behave like an adult; turn someone into an adult.”

In TIME, Katy Steinmetz assume more self-awareness in millennials, suggesting that “to say you are ‘adulting’ [creates] distance between you and what are implied to be actual adults who are adulting 100% of the time and therefore have little reason to acknowledge it.”

So are millennials not working enough or too much? Many are work martyrs, according to Travel and Leisure, those who sacrifice vacation, weekends, free time, etc. to put in more hours at the office, often necessarily. Martyr in this case refers to someone “who makes a great show of suffering in order to arouse sympathy.”

The earliest citation we could find for work martyr was from 2003 in Judi James’s book, More Time, Less Stress: How to Create Two Extra Hours Every Day:

It could be that you are a work martyr and that you are only happy when you are handling everyone else’s workload, purely because you enjoy the suffering and the accompanying self-pity it brings.

“Smitheram triumphed after three rounds when he produced the crucial word braconid, meaning a parasitic wasp.”

The word braconid may come from the Greek brakhus, meaning “short.”

Onion routing, says MakeUseOf, is “like an advanced form of proxy routing.” Instead of “routing through a single unprotected server, it uses a network of nodes that constantly encrypt your data packets at every step.” The “multiple layers of encryption” —resembling the layers of an onion — make it “extremely difficult to trace your information back to you as the source.”

“In a 2014 paper led by Albert Costa, volunteers were presented with a moral dilemma known as the ‘trolley problem.’”

that a runaway trolley is careening toward a group of five people standing on the tracks, unable to move. You are next to a switch that can shift the trolley to a different set of tracks, thereby sparing the five people, but resulting in the death of one who is standing on the side tracks. Do you pull the switch?

Or do you do something else entirely?

According to How Stuff Works, the trolley problem was first introduced in a 1967 paper by Phillipa Foot, and is an example of consequentialism, a philosophical view that says “morality is defined by the consequences of an action, and that the consequences are all that matter.”