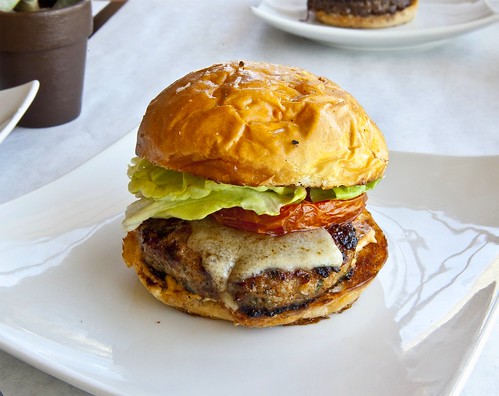 Last week the 2015 nominees for the James Beard awards were announced. Among the nominated are mostly chefs and restaurants, but also included are food writers. Food plus words, what’s not to love?

In celebration, we’re taking a look at the language of taste.

“She was if the word gustatory had grown legs and got a dress.”

William Giraldi, “The Style of a Wild Man,” The Wall Street Journal, September 17, 2011

The word gustatory comes from the Latin gustare, “to taste.”

“Food scientists have been studying kokumi compounds in hopes of exploiting their enhancement qualities to create healthier, lower-salt or -sugar versions of foods that still taste good.”

Kokumi translates from Japanese as “heartiness” or “mouthfulness,” says Smithsonian.com. It refers to “compounds in food that don’t have their own flavor, but enhance the flavors with which they’re combined.” Such compounds include calcium, protamine, and glutathione.

“Even Howell admits that his palate is at its sharpest in the morning, when he claims to spend a full 45 minutes pondering his first cup of coffee.”

A papilla is a round or cone-shaped protuberance “on the top of the tongue that contain taste buds.”

The Huffington Post describes four different kinds of papillae. In the center of the tongue are filiform, “small, skinny papillae that almost look fur-like,” and which don’t contain taste buds.

On the front and sides are fungiform, “round dot-like papillae” that typically contain three to five taste buds each. Foliate and circumvallate are in the back, and contain the mother lode of taste buds: more than 100 each.

Papilla comes from the Latin word for “nipple.”

“Despite its name (‘parageusia’ is a medical term meaning ‘a bad taste in the mouth’), Zellersfield believes the public will taste sophistication in this beer.”

Parageusia is “the abnormal presence of an unpleasant taste in the mouth, sometimes caused by medications.” The word is Greek in origin and comes from para, “against, contrary to,” and geusis, “taste.”

Sapor is a taste or flavor, and comes from the Latin sapere, “to taste.” Sapere also means to be wise and gives us words like savvy, sapient, sage, and savoir faire.

It could be said that supertasters have hypergeusia, an abnormally heightened sense of taste (to be ageusic means to have no sense of taste).

One might also assume that supertasters need less salt. After all, according to NPR, supertasters “need less fat and sugar to get to the same amount of pleasure than a non-taster does.” But a study actually found that supertasters prefer “high-sodium items” such as chips and cheeses.

Why this is the scientists aren’t sure. One speculation is that “as people perceive smaller differences in things, it becomes more desirable to seek those things out.” Another hypothesis is that supertasters find “bitter flavor notes” unpleasant and salt “knocks down bitterness.”

The term supertaster was coined in the early 1990s, according to the Oxford English Dictionary (OED).

“Although there are subtle regional differences in sensitivity to different compounds over the lingual surface, the oft-quoted concept of a ‘tongue map’ defining distinct zones for sweet, bitter, salty and sour has largely been discredited.”

The tongue map was developed by German scientist D.P. Hanig in 1901, says How Stuff Works. It was first discredited in 1974, and again most recently in a 2010 paper in The Journal of Cell Biology.

“Chefs including Jean-Georges Vongerichten are offering what they call ‘umami bombs,’ dishes that pile on ingredients naturally rich in umami for an explosive taste.”

Umami, sometimes called the fifth taste after sweet, salty, bitter, and sour, is Japanese in origin. It’s a rich, savory flavor, often associated “with meats and other high-protein foods.”

In the early 1900s, Japanese scientist Kikunae Ikeda identified the flavor and coined the word. Because Ikeda wrote in Japanese, umami’s first appearance in English wasn’t until the early 1960s, says the OED.

Now scientists say there might be a sixth taste: fat. Other tastes up for consideration are alkaline, the opposite of sour; metallic; and water-like.

For even more delicious words, check out some of our favorite food terms.