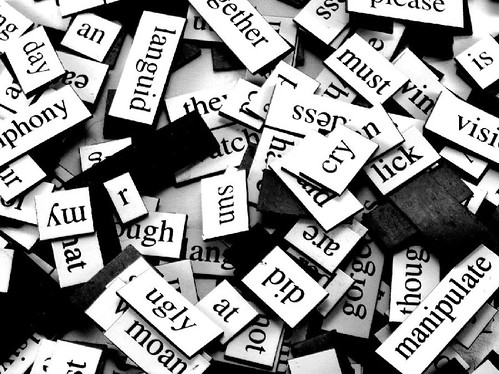 Late last year, Erin McKean announced at PopTech Wordnik’s new not-for-profit status, and along with that, our Adopt a Word program.

You’ve probably heard of Adopt a Highway: in exchange for keeping a section of the highway clean, an organization is allowed a sign with its name posted along that section.

Wordnik’s Adopt a Word program works in a similar way, only without the manual labor. For less than a dollar week, you can adopt a word for an entire year. This means your name and Twitter handle will appear on that word page, much like an Adopt a Highway sign.

Also like Adopt a Highway, you’ll help keep Wordnik litter-free — of ads, that is.

To date, we’ve had 120 words adopted. Library and librarian found the perfect home with the American Library Association (ALA). As ALA president Courtney Young tells us:

Our hope isn’t just that the Adopt a Word program helps keep Wordnik going but that it will provide even further context for the words themselves. Now when you visit a word like design, you won’t just get definitions, examples, images, lists, and pronunciations, you’ll learn something about its adopter, design guru John Maeda. Visit kindle and TiVo, and you’ll see they were adopted by Karin Hibma, who, along with her husband, the late Michael Cronan, coined these now household names.

Go to API and also discover adopter Steven Willmott of 3Scale, aka APIs-R-Us. Check out avocado and get some real avocado facts. Looking up podcast? Pay a visit to language podcaster Lexicon Valley while you’re at it.

Or you might want something that represents your identity. Emma Jane, a beekeeper, picked up beekeeper. The presumably bearded Patrick Rodriguez chose beard while Paul McFedries, aka Word Spy, opted for logophilia.

Some words are just awesome, for instance the perfectly cromulent cromulent, picked by Max Mechanic. Colin Mitchell selected pizza (and was extremely happy about it); Kate Kiefer took taco; and thricedotted bought butt. Meanwhile, Kelsey Gilmore-Innis opted for a word that would make the Strong Language blog proud.

We also learned a thing or two, for instance that a bobbasheely, taken in by DARE Chief Editor Joan Houston Hall, means “a good friend”; that hoke, via the epically bearded @h0ke, means to give an impressive yet artificial quality; and thanks to Linda Stone, we now know about email apnea.

Then there are the perennial favorites such as defenestrate by Bob Garfield; petrichor by Elecia White; and serendipity by Caroline Philips. We have our own favorites as well: merrythought by Mary Dickson (aka @marythought, get it?); quiddity by Tank Hughes; recombobulate by Filip Salomonsson (who celebrated his adoption with evil laughter, as one does); and hella by Ascander Dost (hellstorm, by the way, is still available).

Don’t forget, you can also sponsor a word for someone else. Kate C got squid for Chris Lassig, while Will Claiborne got teacher for wife Christine (everybody together now: awwww).

That’s just a small sample of the 120+ words that have already been adopted, which leaves you with more than eight million left to choose from. So what are you waiting for? Adopt a word today.